On the 27th of October the STAD project was invited by the city of Delft to have the autumn meeting in the old city hall next to the markt square. The following topics have been discussed. First of all a quick introduction of the appointed PhD students was done to give everybody a chance to get a face by the previously published names Then four partners presented their view on automated driving and their need from the STAD project. These were: MobyCon, Port of Rotterdam, MRDH and Provincie Zuid-Holland. This was followed by a break-out session in which the partners and PhD-students could go into more detail regarding their subproject and discuss possible contributions from partners to the work they are doing. The meeting was finished by a wrap-up from the PhD-students and a number of projectmanagement aspects. 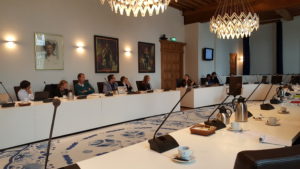 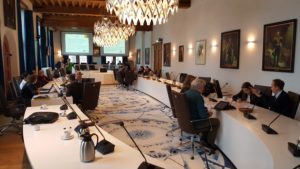